The first in a series of medical and other memorabilia related to the Jack Program, instituted by the Ministry for Masculine Equality, or MME.

The training of the Jacks was so total that many found themselves unable to break character even when in need of medical assistance, which led to injuries being misdiagnosed as variously genital trauma, irregular swelling of pectoral tissue, and sometimes severe hemorrhoids and colo-rectal fissures.

To combat these errors, the MME released various pamphlets and posters to clinics, hospitals and private practices, to gently remind medical staff that some of the men they dealt with may in fact be very reticent Jacks.

This piece of medical memorabilia was to prevent the frequent misdiagnoses of the symptoms of menopause as fever. As the Jack population included many older members, correct medication that didn’t conflict with heart medicines was of the utmost importance. Nurses are exhorted to remember to investigate every situation as delicately as possible for best practice.

This particular poster is believed to have been designed by Arty Finnsbrook, himself a noted portrait artist of Jacks-in-Training. 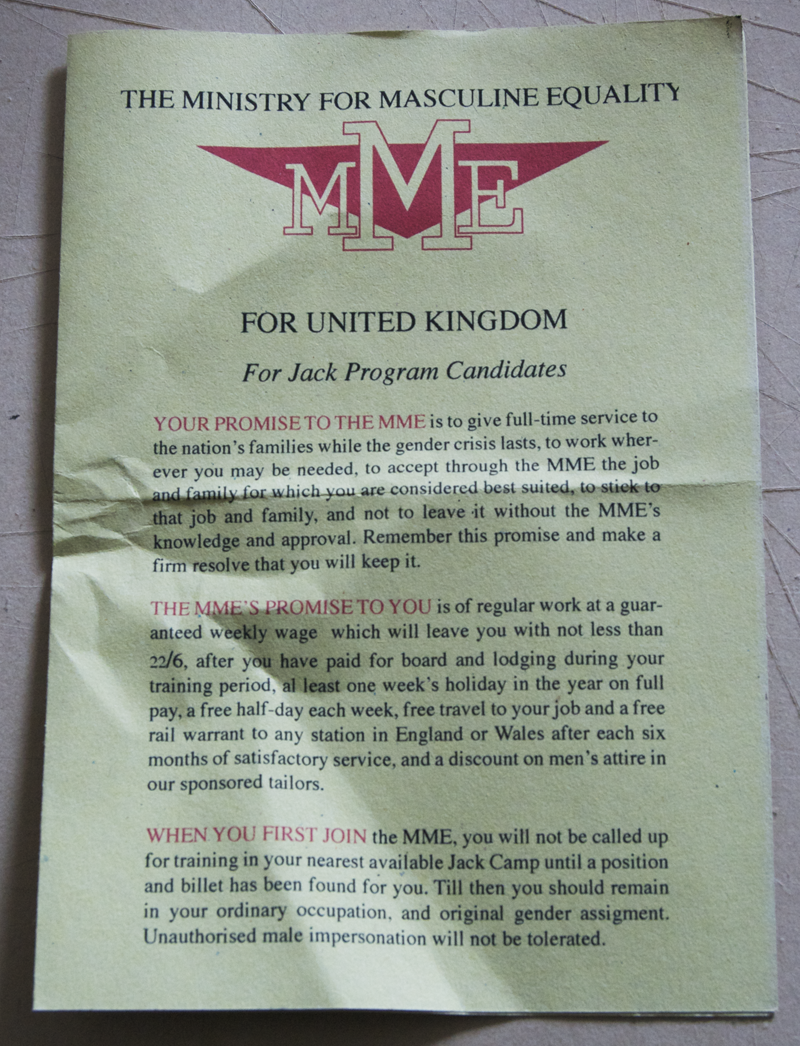