The following images show a scarf with embroidery made by a young Jack, Simon, nee Susan, Ffildes, while in basic training in 1949. The embroidery depicts the insignia of the Jack program, officially known as MME, the Ministry for Masculine Equality, in its signature red. Interestingly, although many behaviours described as typically ‘feminine’ were outlawed during training, embroidery was encouraged. Indeed, many women and men of the period were taught embroidery by male relatives who had had naval training. The embroidery of insignias was a vital skill in naval life, tied as it was to the repair of flags and maintenance of uniforms. Family members would embroider insignias as mementoes for loved ones in the armed services, male and female alike.

During the basic training period, even a inordinate amount of care with one’s physical appearance was monitored in the trainees, as the Sergeants and Matrons sought to impose standardised forms of masculine behaviour on the Jacks, which often bore little relation to the day-to-day lives and thoughts of other men.

Starved of adornment and a creative outlet, the young Jacks often used embroidery to both express themselves and flout the stringent standards imposed upon them. This rebellion ranged from merely slightly oversized insignias, such as the one shown here, which injected much needed colour into the plain uniforms. There were also subtler acts such as the secret embroidery of slogans, slurs, and minute alteration of uniforms. The shortages of embroidery threads meant that much of this secret work was undertaken with salvaged blanket threads, surreptitiously unpicked. The drab colours available allowed the designs to remain as texture, and not easily seen. The ability to retain a sense of self was an important coping mechanism for the young women who entered the experimental program. 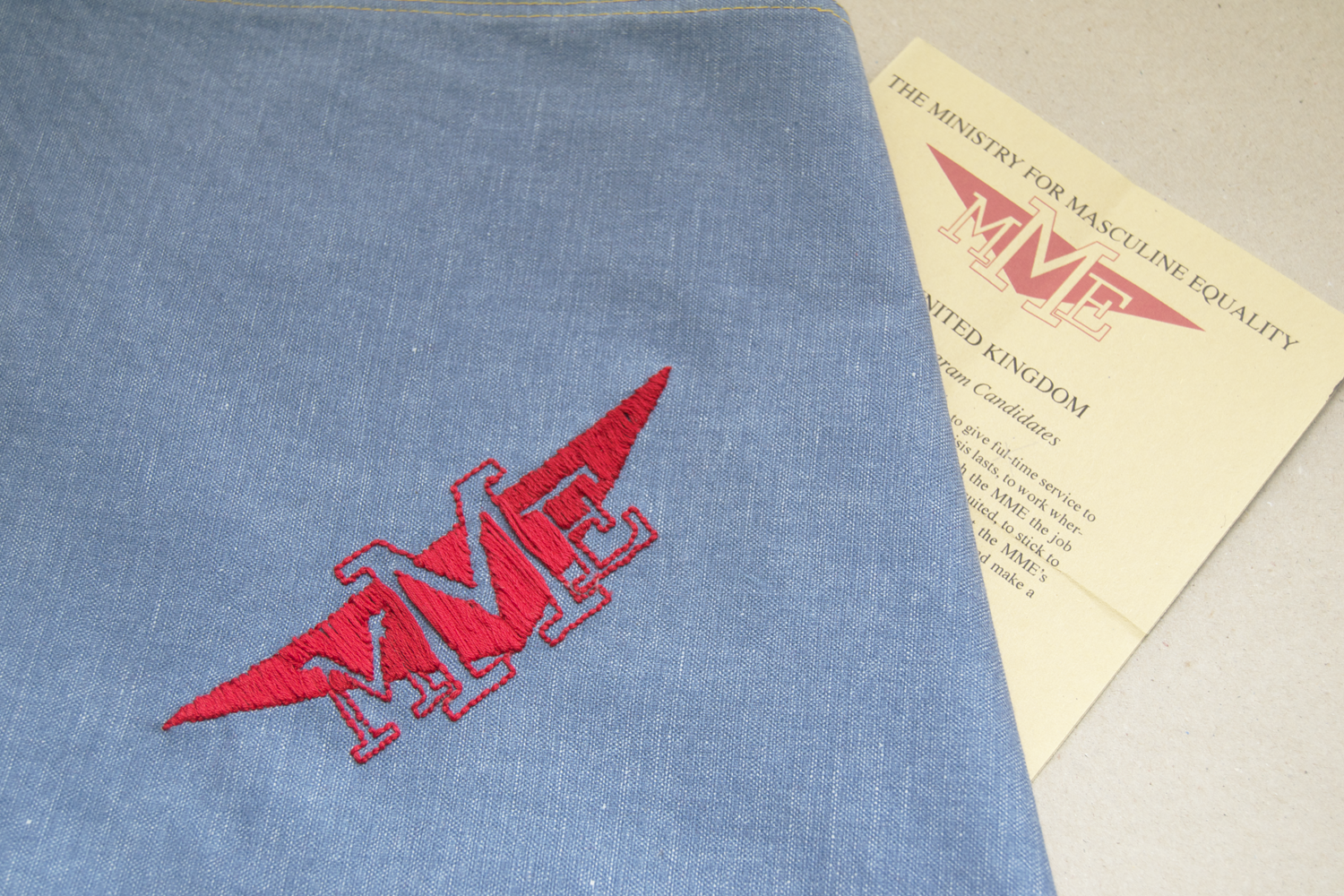