An Infographic to Answer the Questions: What? Who? Huh? Ih?

I’m sure you’re familiar with infographics. I thought I was too, until creating this one. Nonetheless, as successful as the infographic formula has been for disseminating volumes of information, the smooth stylings of the ‘Rupert Bear’ comic strip can only be better!

The MME, or Ministry of Masculine Equality, was a governmental branch created in 1944, as a response to the widening gender gap in wartime Britain. Years of wartime privation, the psychological damage wrought by bombings and personal loss, and the breakdown of family units, were all factors that contributed to changes in the fabric of life in the UK.

Women were working in most, if not all industries by this time, whether mired in muck, filth and blood, or creeping ever upwards from the confines of the typing pool and switchboard. At home, fathers were absent, fighting an interminable war, or already dead.

Although most MPs were far too young to have been involved in the National Anti-Suffrage League, they numbered a great many ‘Old Victorians’. Popular and historic ideas of women as the fairer sex abounded, and femininity was benignly viewed as incompatible with statesman-ship, politics, engineering, and ultimately war.

The creation of the MME was the result of a very real fear that new conscripts would be needed soon, and that young boys who had reached maturity during the conflict would become tainted with femininity. Ultimately they believed that a generation of boys without stern father figures would allow the front to fall, as they would weep into perfectly cooked meals rather than engage in the brutality of war.

Clement Attlee was integral to the process that created the Jack Program. Its origins lie in espionage, in effect training young women to behave like men, to infiltrate the country’s many all-female enclaves. All female behaviour would be rigorously replaced with masculine attitudes, and the new ‘men’ would replace the temporarily absent men in the hardest hit communities.

Attlee’s innovation was the billeting of Jacks with single parent families, to contribute a man’s wage and guidance to the rearing of children. By attempting to reinforce traditional roles in this way, they hoped to bring a sense of pre-war normalcy to the country.

Ultimately, however, the idea was not a new one, and in fact came from the Albanian tradition of Sworn Virgins, women who would take the mantle of male identity for the protection of their family in a patriarchal society.

Edith Durham, eminent traveller of the Balkans, had written extensively on their customs, including that of the Burnesha, and her work was used as a reference point when creating the program. The core idea of protection of the family rendered the idea palatable, as well as the perceived chastity of the position. Indeed, Durham Boys was mooted as a colloquial term for recruits to the program at the time of Durham’s death in 1944, but by that time, the term Jack, originally a slur: Jack of all trades, master of none, had become the informal term.

How Fusty Old Men Sponsored a Generation of Transvestites! 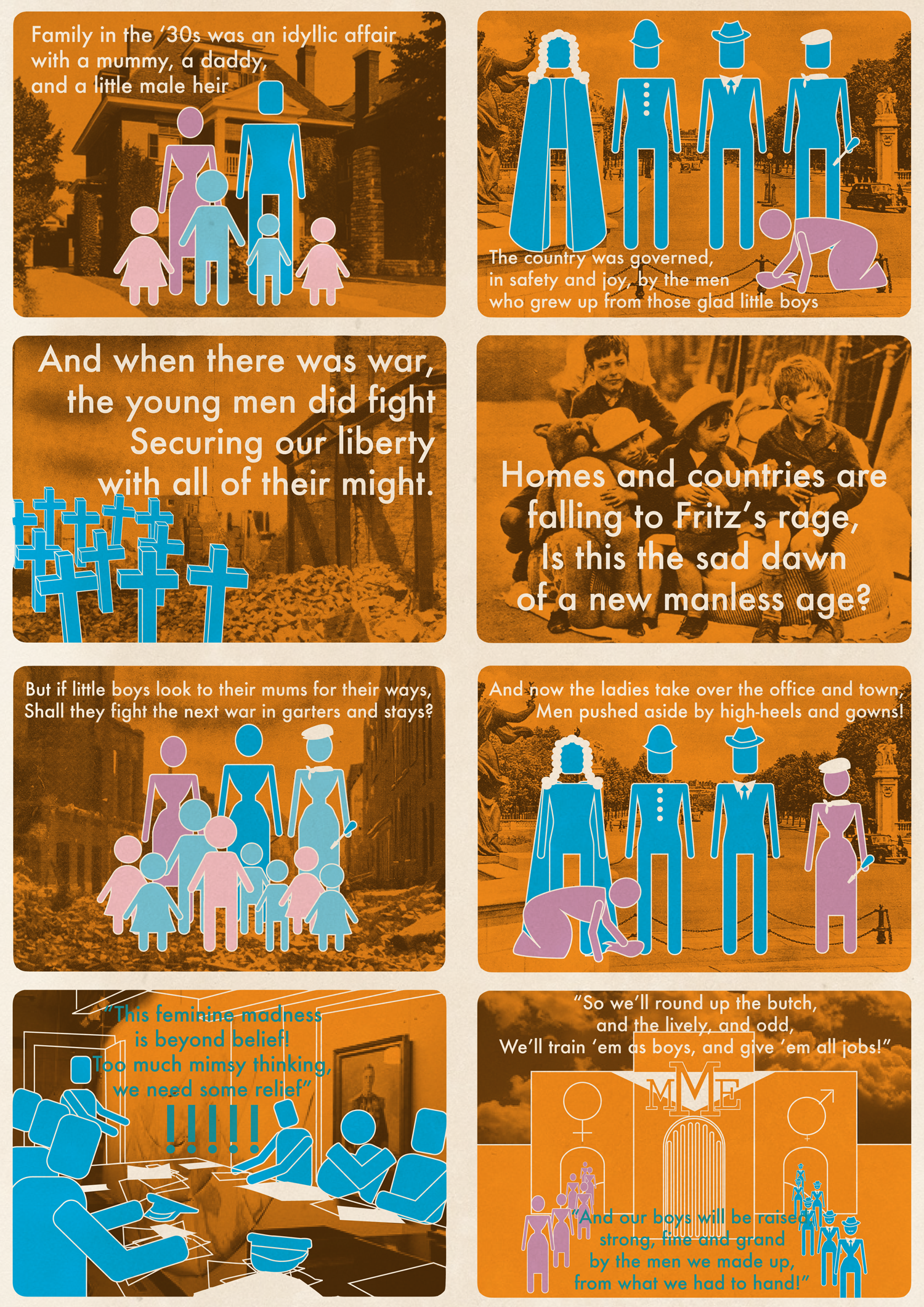