If you were a young, daring entomologist, respected in his field, and one who had effected an arduous escape from Communist Poland, much to the admiration of his peers and government, what would you do next?

This was the enviable position Dr Errol Dander found himself in on his return to London. Last heard of escaping from Checiny with his wife, Dr Mickiewicz, and colleague, Dr Gaberdine, in tow, the team was feted by academia, Whitehall, and hoi polloi alike.

As a participant in an ever-unfolding new world of insects and their potential applications, there was only one direction clear for Dr Dander, one field left he could conquer: musical theatre. As he leapt over fences, bedded down in barns, and made his way back to West Germany through a series of safe houses, there was little time for quiet and reflection. However, in one safe house, trapped with his companions in the back room of a watchmakers for a week, a mildewed copy of Animal Farm by George Orwell gave him solace.

While Dr Gaberdine & Dr Mickiewicz drank the remainders of the vodka hidden in Dr Gabardine’s false leg, Dr Dander immersed himself in the life of the farm, and an idea came to him – He would adapt Agatha Christie’s The Mousetrap into a musical about a family of canaries who lived in the back room of a watchmakers in Kladno.

The play opened in April 1957, to reviews ranging from “I saw this”, to “This is a thing, and it happened”. The play closed in April 1957, and thanks to some creative accounting on behalf of Dr Mickiewicz, who had in fact written all the ukelele solos, the insurance payment was enough for both live, traveling widely, quite comfortably for a couple of years.

On their return to Britain, Dr Dander was inspired to save other, less hardy travelers from the many accidents he had both seen and prevented while abroad. He was determined to write the first comprehensive travel guide for amateur explorers for the new mega-insect age.

The first volume was published in 1959, a guide to the Turkish interior, entitled Don’t Get Killed Here. A rapturous success from the beginning, the series, comprising ultimately twelve volumes, was credited with reducing the drastic holiday death rates. These had increased annually, with the beginning of post-war civilian travel, leading to the oft-repeated adage

“And bring a big case so they can carry you home”. 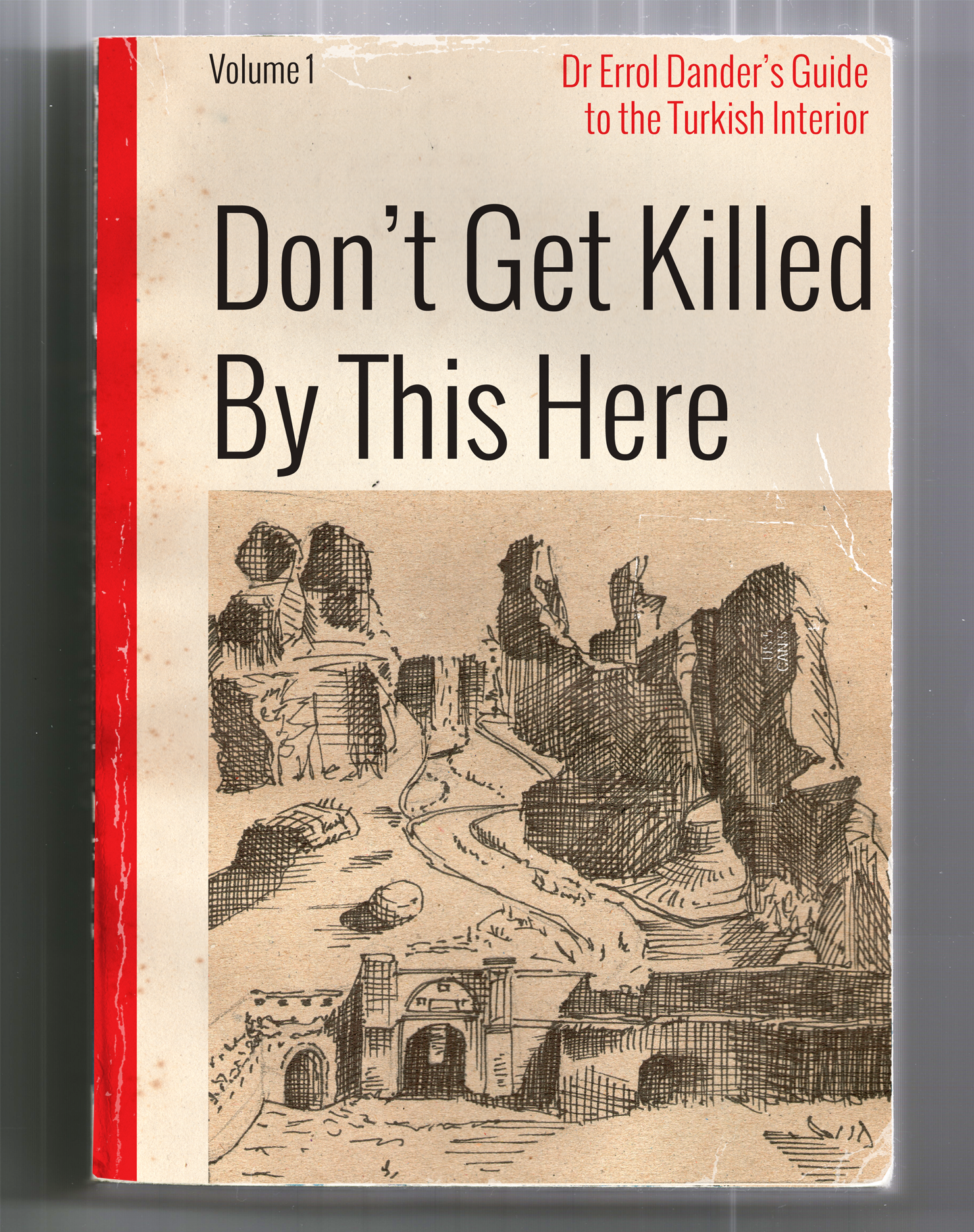