How a Beetle Saved an Empire:

The United States army bombed the Japanese city of Hiroshima on August 6th, 1945. A B-29 bomber, the Enola Gay, dropped the nuclear bomb “Little Boy,” at 8:15am. A largely civilian city, the bombing results in in the deaths of approximately 90,000 – 140,000 people, and the destruction of 69% of the city’s buildings.

United States President Truman threatened Japan with further action if there was no surrender, as the death toll mounted in the following days. Unknown to the public at the time was the second abortive nuclear attack, which, if successful, could have changed the course of the war before the end of the 1940s.

On August 9th, the B-29 bomber Bockscar was the drop plane for the attempted bombing of the city of Kokura, in southern Japan. The device was the “Fat Man” implosion bomb, a higher yield plutonium weapon than “Little Boy.” Bockscar, along with Enola Gay, and 4 more Superfortresses, could not find sufficient visibility for the primary target, Kokura, and proceeded to the secondary target of Nagasaki, a large seaport.

Plagued by fuel pump problems en route, Bockscar and another B-29, The Great Artiste were victims of the first documented instance of ‘Insect Strike’. At 10:12am, a large swarm of Japanese Beetles, Popillia Japonica, recently released from their burrows, and estimated to be in some cases 9 inches in length, flew into the radiators behind the propellors of the B-29s, forcing both to crash into the sea, with the loss of all crews. The device was unarmed, and failed to detonate. The chitinous outer wings of the beetles caused catastrophic damage, beyond that caused by similar ‘Bird Strike’.

Entomologists, studying the increase of insect size worldwide, cited this instance as proof that the oxygenation event had begun at least 2 years previously, due to the 2 year gestation of the beetle in its native Japan.

This event was interpreted as a form of Kamikaze, a ‘divine wind’ protecting the Japanese people from further destruction, and Emperor Hirohito requested the incorporation of a beetle in flight into the wartime flag. The starvation experienced by the population following the firebombing campaign also caused the Japanese to be one of the first nations to fully embrace the use of insects as livestock and beasts of burden. Desperation caused size-breeding of the woodlouse as a source of safe protein, and the stag beetle, a popular pet, was bred to an increased size for usage in tilling soil.

The insect still forms an integral part of modern Japanese society, utilised for food, labour, and scientific purposes. Consistent entomological research also led the Japanese to incorporate Hymenopteramancy into their earthquake and tsunami defenses, through the study of the behaviour of social insects such as ants and termites, in stable, semi-perspex hills and mounds, as an early indicator of seismic activity. This measure has saved many lives along the faultlines of both Japan, and the Western coast of North America, where the science has also been adopted. 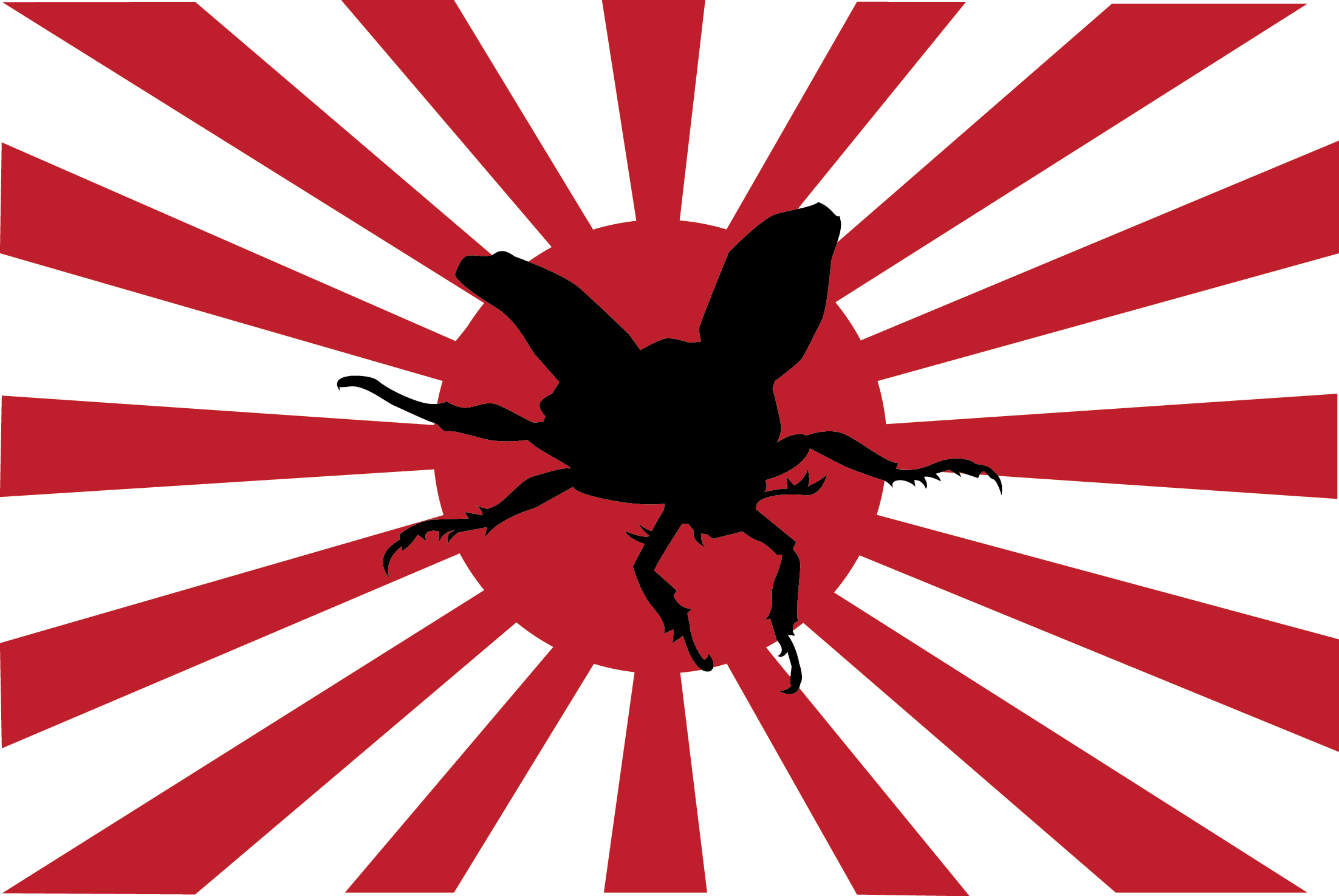