In addition to livestock casualties, most farmed chicken and beef were eaten by the armed forces. Louse was an alternative, but higher in protein and Omega 3, as we know now. In the early days of louse domestication, many civilians were reluctant to eat ‘the monsters from the news’.

“a family sits down to eat a salad of canary louse, but the mother didn’t cook them for long enough. Everyone has bad dreams for the next couple of nights, and within a week have excruciating stomach cramps. As the ambulance brings the family to hospital, 30cm canary lice burst out of their bellies, each bearing a picture of the family member’s face”

In reality, ingesting canary louse eggs, cooked or raw, will not result in a parasitic gestation. Indeed, canary louse caviar sits side-by-side with beluga in many delicatessens. These prejudices illustrate the need felt for a slightly hectoring tone in American Association of Insect Agriculture posters at the time.

I don’t think they ever envisioned a day when the Louse Taco would be one of North America’s most popular fast food items! 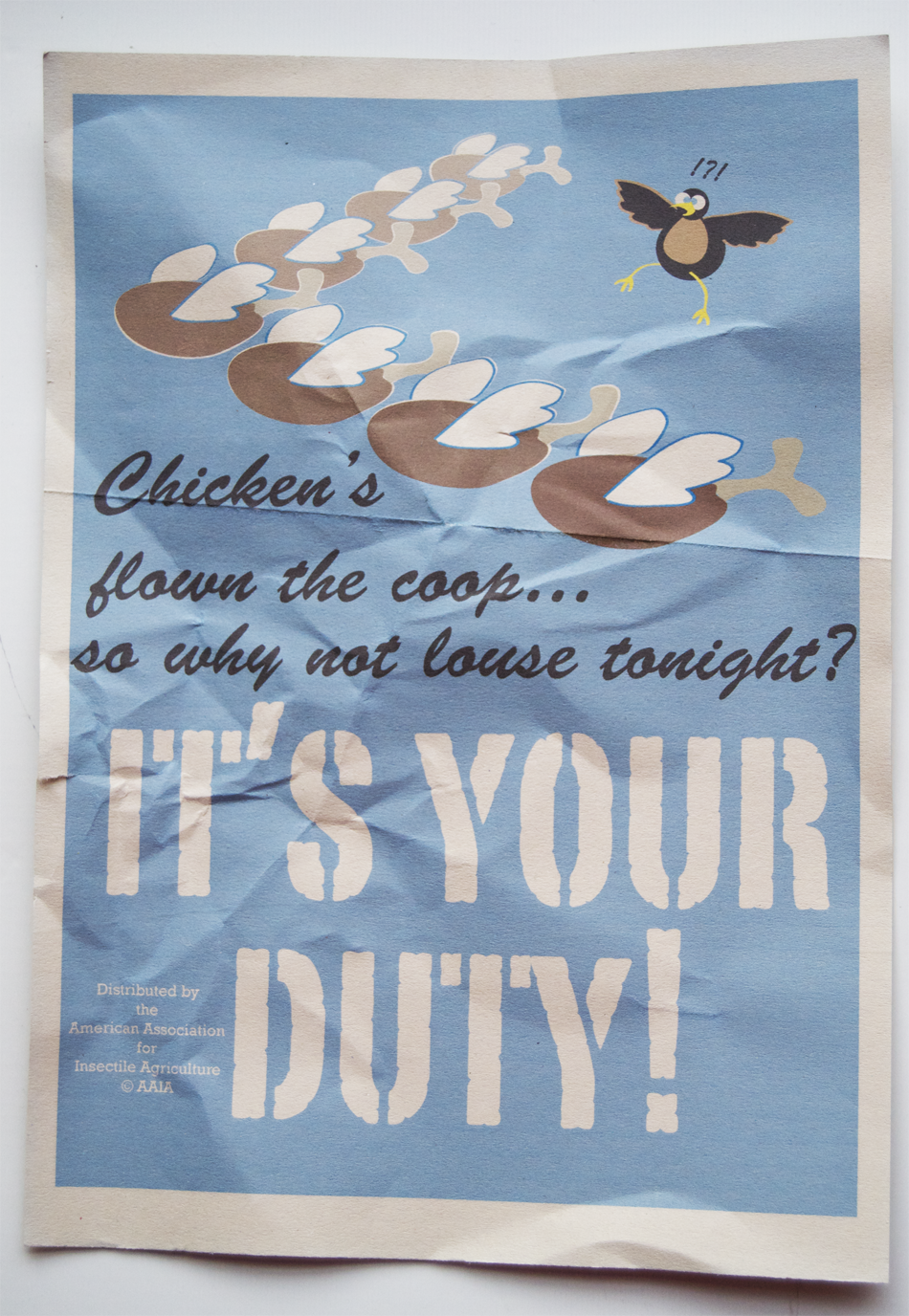