Welcome back, for the next mildly entertaining installment of Doctor Henrietta Gaberdine’s Checiny Diary!

Experienced as the team was, the increased size of the insect population led to a host of unforeseen consequences, both beneficial, and potentially dangerous. Insect bites previously considered trivial could lead to a host of difficulties, while new benefits to increased size in hitherto disregarded species were discovered daily.

Although the diary has been left remarkably well-preserved by its time in basements, boxes, and military safes, there is still some wear and tear, particularly as the account goes on:

“…a wet season has provided ample condition for the local mosquitoes, which set about our party quite badly. My own arm has now swollen quite awfully”

“For our own parts, we have dispensed with the leather gaiters…and have fashioned puttees from the tightly woven supersilk. The enlarged proboscii…are now affected woven cloth in a way their smaller cousins aren’t”

The bombyx mora, the common silk worm, had increased its size even in captivity, and the early trials with the silk fibres had proven to be a stronger, thicker fabric. The nuns of the Bernardine convent had used socks of this material while culling in their gardens, probably inspiring this change. The military expertise of the group would have led to the adoption of puttees, as a common element of uniform in the tropics, and across Asia.

“Due to the expense of obtaining fresh milk produce, some villages have begun to cultivate the enlarged species of aphid…to harvest it for the sweet liquid produced by overfeeding…the resulting liquid is very thick and sweet, and resembles and opalescent condensed milk…experiments in cheaper ice-cream production last year produced a glutinous substance, quite incomparable to the traditional type”

Injury and disappearance was common for the MInsAg expeditions, even in familiar territory. Doctor Henrietta Gaberdine’s leg was lost on a trip to northern France, when a farmer had attempted to remove mole crickets through mining a field. His death through botulism prevented the discovery of the mines’ locations until it was too late.

“My arm, which had been swelling following a super-mosquito bite, had begun to show signs of dangerous infection, with pink stripes radiating from the original bite site. I couldn’t write, nor rouse myself come morning on Tuesday.

“…Dr Mickiewicz, Dr Dander’s spouse and collaborator, alerted one of our hosts, Danuta. She utilised a remedy, used in Poland at least since the seventeenth century, which I believe is a form of folk penicillin.

“Danuta prepared a series of poultices, using mouldy bread, and spiderwebs from a species of orbweaver native to caves in the region. Without her knowledge, and the quick thinking of my companions, I have no doubt I would have lost my arm, if not my life, due to blood poisoning!”

Crisis averted! Or is it? Keep your eyes peeled for the final installment of the Checiny Diary… 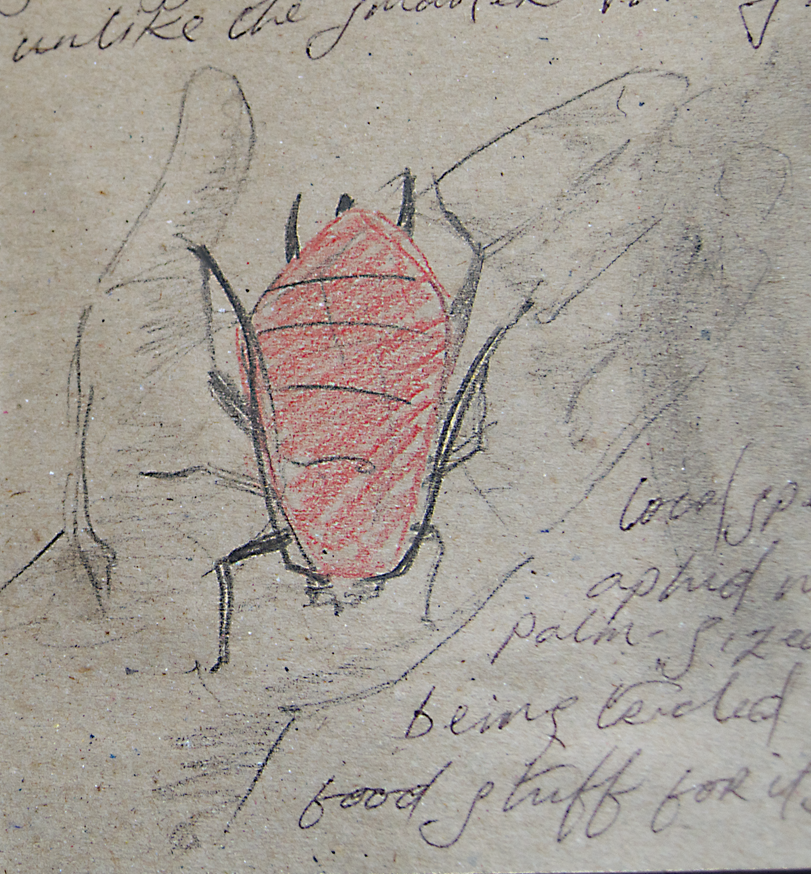