In the United States, many rural and suburban children were encouraged to keep giant insects as pets, both for agricultural and recreational reasons. Naturally, children from farming backgrounds would be the first to have their own pet Canary Lice, in much the same fashion as previous generations had raised chickens and calves. The government released many educational pamphlets, such as this one, explaining the differences between caring for an isopod and a baby lamb. Toe-loss was only one of several new livestock issues for these young farmers-in-training to overcome! 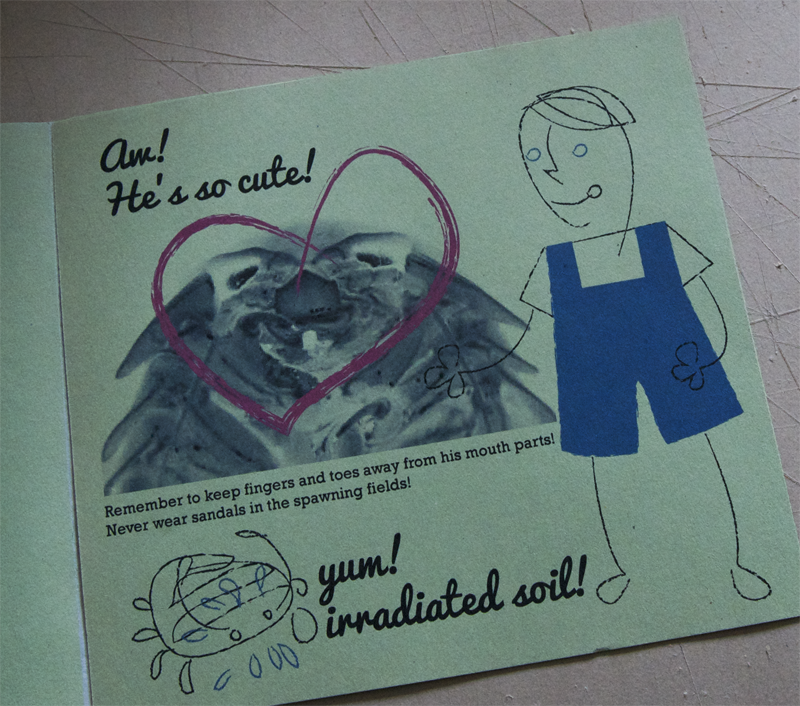